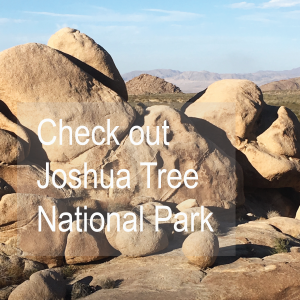 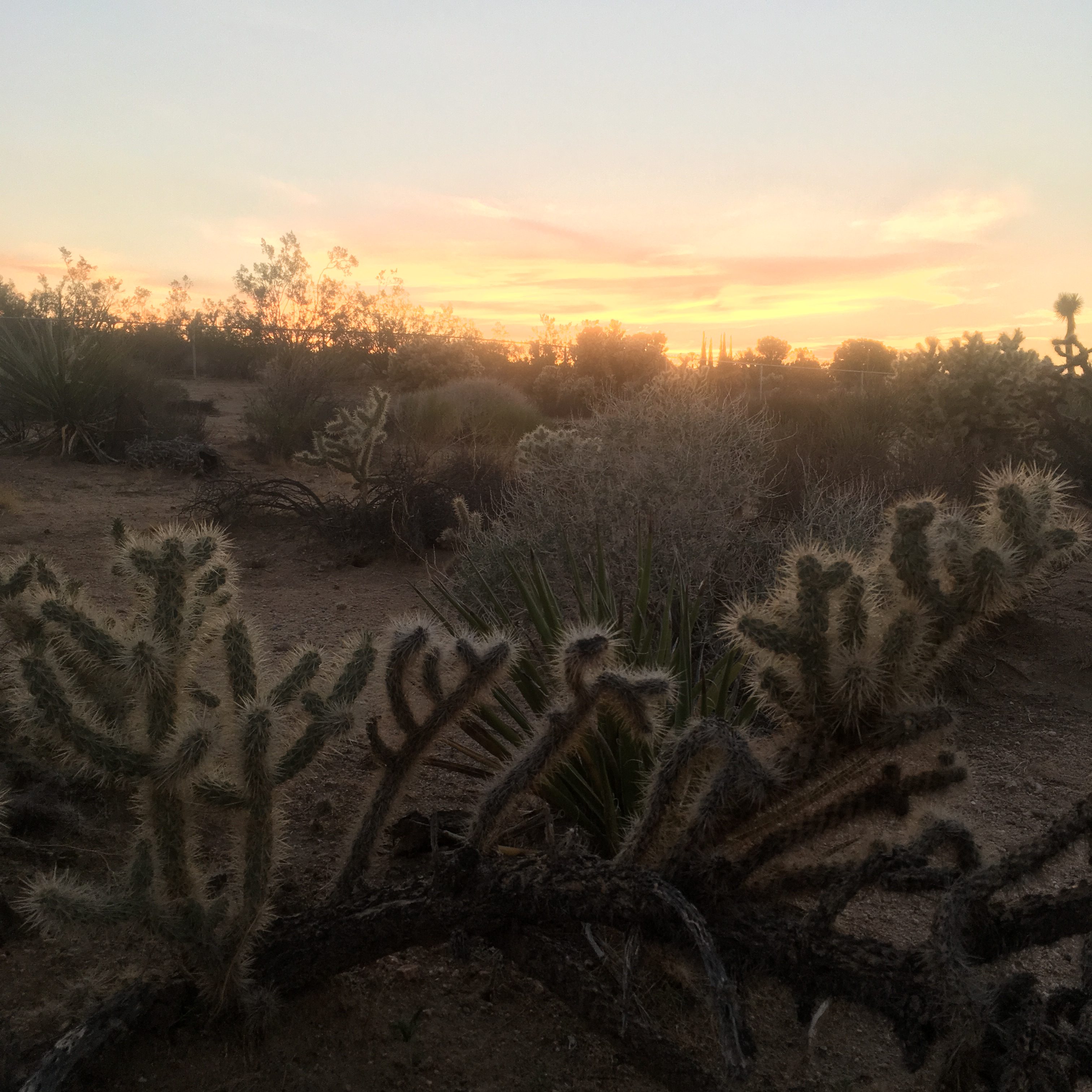 An Excusable Discomfort: The Lethal Prowess of Dry Desert Heat

Once only the purview of the self-proclaimed desert rat and snowbirds, the expanse of seemingly endless sand that loops the eastern side of the metropolis of angels has recently become a haven for those whose taste for the city and her expenses has waned.  There are tiny droves of us—some wannabe entrepreneurs, some in search of solitude, and others licking wounds from a city that like most cities has left scars. I spent seven years living in Los Angeles, a place where without copious amounts of water sprayed into the ground and the sky, only the very skinny ½ mile that borders the coastline would be anything but desolately, and yet far more ecologically, brown, but we eventually tired of the busyness and moved with the other middle class adventurers to the Mojave. 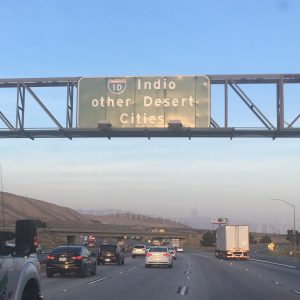 Life is slow here.  It’s also harsh.  It is the harsh realities that are the trade for the escape, but it also the harshness that is filtered out when we Instagram the Mojave sun that lights up the sky with fiery sunsets as it slips behind stacks of majestic boulders.  What is lost in this digital documentation, however, is the truth that there is an unmitigated heat—relentless and ever more hostile as the summer progress.  A heat that brings the world to a stop, that shutters doors, that pushes people away with its insistence to overtake every bit of air that rumbles across the sandy expanse.

As I am writing this, I am sitting outside and my mind begins to wander and my focus begins to wane.  Pretty soon all I know is the heat, the dry and drying air that passes over my skin and mucosal membranes as I breathe it in and it surreptitiously desiccates me. One year I taught sixth grade history and Egyptian mummification.  Ironically in the interest of bringing the lesson to life, I created an exercise where the students covered apple slices in salt and left them alone for a week only to reveal shriveled, mummified versions of themselves upon being uncovered, and as I sit outside, I can’t help but wonder if that is my fate. 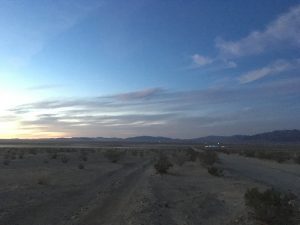 Even the nights here are hot.  There is something eerie about heat in the dark.  The sun is long gone, doing its thing on the other side of the globe while we wait out its return, watching stars and wondering how the air enveloping our beings is still being heated.  Where is the fuel?  Why, even when the sun has set, does the air insist on harnessing the heat and slinging it across our bodies?  The firmament becomes a lid, our beings sitting in what can only be described as a furnace, while we look to see if Schadrach and Abednego are nearby.

The heat here is dry, and for that, I think we pay in a cultural one-upping of environmental proportions that rages in our present day.  All discussion of pure temperature has gone the way of the Edsel in our ever-bourgeoning knowledge as we use humidity and indexes to quantify our bodies’experiences, and somewhere in this negotiation with the cosmos, a dry heat has become an excusable discomfort, a frustration borne only by those who do not understand real (read: humidity-laced) heat.

As a person whose childhood was steeped in humidity, I am no stranger to heat, and I too fell prey to the disregard and mocking of the desert folk on the grounds of the dry-heat frenzy.  There is a calm acceptance of a vacation heat unburdened by moisture that lulls you in to its charms in the winter when your home is covered in snow.  This heat teases you with high numbers that do not force you to seek refuge and make you fall in love with 85.  But this heat is a temptress, a teaser, a chicanerous prelude for the coming summer onslaught that transforms from a surprisingly beautiful 90 degrees to a 112 that is unbearable even in its dryness. 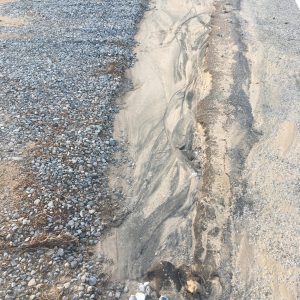 It is in the very dryness that the lethal prowess of desert heat is bound up and dispensed on unwitting sojourners.  This is a sneaky heat.  It’s heat that robs and steals.  It is heat that for the first little bit fools you with your lack of sweat rivulets and then when it is perhaps too late, you realize that your mind is dulled and your body almost dry.  Unlike the heat of humidity that bathes your body in life-giving moisture, this is a cunning heat that bakes without causing you to break a sweat, only taking, never giving.  A caustic heat that oppresses, pushing down on your body with the weight of an inferno, a heat so strong that the heat itself is palpable.  Rather than sending its henchman humidity to do the dirty work, this heat arrives alone and in full force, able to desiccate and turn the land to earthenware without breaking a sweat.

When I moved to California, one of the things that I missed the most was snow days with the quiet that comes when a force outside of ourselves and our schedules butts up against our need to accomplish.  On a snow day, we are relegated to taking the day off with the rest of the nearby world.  The air becomes quiet, snow blanketing the roads emptied of their noisy traffic. Commerce halts

Perhaps when we, as humans, are not smart enough to take those moments ourselves, nature steps in to provide a needed break, but in larges parts of Southern California, nature rarely butts in except in terrifying ways like fires and mudslides.  Despite those anomalies, however, people flock to the artificially greened tracts of land near the coast sliced up by freeways, because nature rarely gets in the way.

That is not so in the Mojave.  As I sit in my house looking outside at what seems to be an absolutely lovely day, I know that it is a deceptively torrid 112 degrees, and my body is no match for the onslaught.  My air conditioner faithfully pumps cool air throughout my house, but even it grunts and groans on occasion in an attempt to combat the thermally super-heated air engulfing its compressor that sits in my dry and dusty yard. 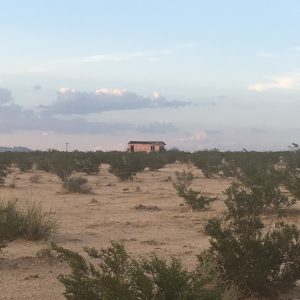 My little part of the Mojave, Joshua Tree, usually a thriving tourist destination on account of our boulders, is almost shuttered during these months, and the air is a welcome quiet.  We all stay inside only popping out briefly or once the sun has almost given up for the day.  We do not move quickly.  We rest. We watch.  We sit and admire sunsets like I have never seen.  We give up.  We are not going to push back the heat no matter how dry it is.  We have chosen to exist where nature is not attentive to our whims and where the environment exists in its truth regardless of our desires. But what was meant to rob every last drop of moisture from our arid skin, gives us the space and time to be still.

Since summer, I find that I sleep late, maybe as a defense for the unrelenting temperatures that have plagued our July and promise to attend our August. And then I realize that perhaps nature’s gift to me here is not snow, but a land consumed with a heat I cannot best.  I cannot remove enough clothes or drink enough water or find enough shade to endure time outside, and I laugh as I realize that nature has, yet again, bested me. 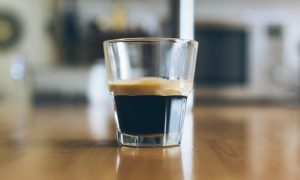